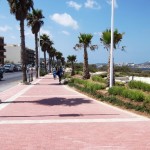 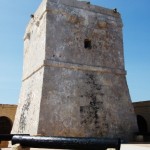 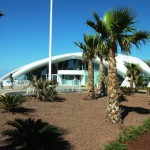 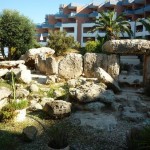 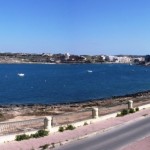 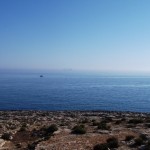 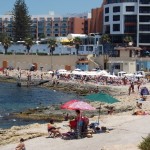 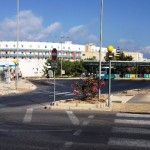 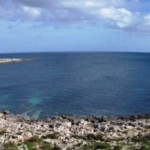 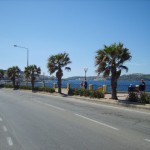 The town of Qawra is part of the resort of St Paul’s Bay to the north of Malta. (St Paul’s Bay also includes Bugibba) Qawra’s rocky coastline & beautiful sea views explain why it is a popular resort in Malta. Until the early 1970’s, this part of Malta had not been considered as a tourist area & was at that time just a barren, rocky peninsula jutting out into the Mediterranean. The area has developed rapidly since that time and now abounds with hotels, restaurants, shops and much more. Qawra is also a residential area for both Maltese & permanent residents from the UK & other countries. Its coastline, although rocky rather than sandy, has many small inlets offering access to the clear, shallow water of the Mediterranean which are utilised all summer long particularly by the Maltese people.

Historical attractions in the area include a watchtower, namely Qawra Tower located at Qawra Point (also referred to as Fra Ben Tower, see picture left). This tower was used as a watchtower guarding this small bay along with Ghallis Tower on the opposite peninsula also overseeing any incoming vessels into St Paul’s Bay to the east. Qawra Tower was built by the ‘Knights of Malta’ in 1637 to which they added a gun battery in 1715 to fortify the location further. The tower & battery are now a well established restaurant & swimming pool known as ‘Ta Fra Ben’ and with construction of Malta’s National Aquarium now complete (see picture left), the famous tower now has to share its location with a very large and modern ‘next door neighbour’. Ghallis Tower which looks back at Qawra from across Salina Bay was also constructed by the ‘Knights of Malta’ and completed in 1659. Its primary task of watchtower at this location also enabled communications to be made from Gozo and passed on to ‘the Knights’ headquarters at Valletta’s Grand Harbour. [A similar fortification in the area is St Paul’s Bay Tower, also known as Wignacourt Tower, see About St Paul’s Bay page] Another historical monument stands undisturbed in the grounds of an Qawra Hotel. The Neolithic Dolmen [a portal tomb consisting of a large flat stone supported by upright ones, see picture left] can be found on the site of the Dolmen Resort Hotel and is classed as a further example of prehistoric monuments to be discovered in Malta along with the temples at Tarxien & Hagar Qim in Malta.

Another of Qawra’s main features is the long, well maintained promenade (see top left & bottom right photos) which extends from the Qawra Palace Hotel hugging the craggy coastline for 2km all the way into the heart of Bugibba & beyond into St Paul’s Bay offering uninterrupted beautiful sea views the whole time. This is a truly lovely walk of 20-30 mins and is enjoyed immensely by all who indulge, particularly on summer evenings as the sun goes down and also on clear, sunny winter afternoons. Several kiosks & snack bars line the route offering refreshments to those in need during their walk as well as shaded tables to enjoy the view for others with time to relax.

Other attractions in Qawra include a Classic Car Museum which is highly rated and a casino for those who want to ‘try their luck’ either at the tables or slot machines. Buses serve the main routes through Qawra and operate from the terminus located in Qawra itself [see picture right]. (see bus route details & terminus location here)

Visitors can find all of the following & more in Qawra:

TO SEARCH FOR ANYTHING AT ALL IN QAWRA, CLICK ON OUR SEARCH HERE