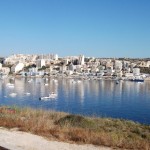 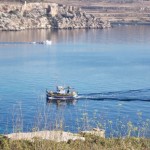 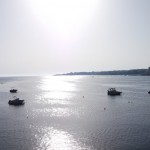 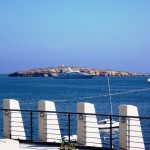 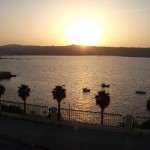 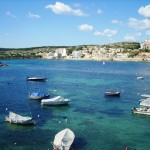 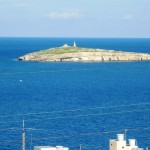 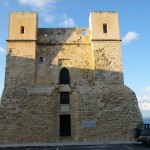 The resort of St Paul’s Bay (referred to in Maltese as San Pawl il-Baħar) is located to the north of Malta and includes its close neighbours of both Bugibba & Qawra and, officially, the nearby small villages of Burmarrad, Wardija, Bidnija and Xemxija. Almost all of the coastline is rocky but the sea views here are spectacular, in particular the superb views out towards the neighbouring island of Gozo as well as the very picturesque Xemxija Bay.

St Paul’s Bay is the largest tourist resort in Malta & is also densely populated with locals & permanently resident foreign nationals. Although its coastline is virtually all rocky, it does have many small inlets with easy access to the clear, shallow water of the bays which are all extremely well used in the summer months by the local residents. St Paul’s Bay, although very close to both Bugibba & Qawra, would be considered a little quieter a location by comparison with these neighbours. It also includes Xemxija and its beautiful bay full of small boats (see picture) The other neighbouring small villages officially falling ‘under the umbrella’ of St Paul’s Bay are:

Burmarrad: a small residential and industrial village as you approach St Paul’s Bay from Mosta. Burmarrad is also the home to San Pawl Milqi, the ruins of an extensive Roman villa.

Wardija: a sparsely populated, scenic ridge with panoramic views in the directions of Xemxija and Ghajn Tuffieha & a popular walking trail. Wardija is home to the charming & peaceful hilltop holiday village, the perfect place to relax in wonderfully scenic surroundings.

Bidnija: one of the smallest hamlets in Malta is made up of the tiny village surrounded by farmland. Bidnija’s rural location has horse riding facilities, a clay pigeon shooting club and a small church.

Xemxija (translated as ‘sunny’): the village & bay offer beautiful views and are home to just a few hotels,restaurants and bars. Within Xemxija are also various historical attractions, mostly along what is known as the The Xemxija Heritage Trail. The trail offers a wonderful ‘walk through history’, the path itself dating back over 2000 years. Sights along the trail include preserved burial sites dating back more than 6000 years, megalithic stones and temple remains dating back to 3400 B.C & much more, as well as more recent attractions from the Second World War. The trail is free to walk & well worth a visit as you can take in fantastic views across the region from on high. A booklet describing the Xemxija Heritage Trail & explaining all the attractions you’ll come across is available free of charge from the local council offices click here.

Wignacourt Tower in St Paul’s Bay (see bottom right photo) was the first in a series of coastal watch towers erected by the Knights of Malta & designed to protect & warn of any sea attack against the Islands. This particular one was built by Grandmaster Alof de Wignacourt in 1610. Originally, the tower had a stairway leading to a drawbridge but this was removed in the 1960’s to widen the road. The towers guns offered much protection, especially in 1614 when Turkish galleys attempted an invasion & were warned off by the firing of the guns. A full pictorial map of St Paul’s Bay including every historical attraction is also available from the local council offices. click here.

Every village in Malta has an annual ‘festa’ (feast) which brings together the whole community in a ‘fayre like’ celebration for several days with singing, dancing, marching bands, street stalls (Maltese nougat & delicacies), parades & extravagant decorations, all culminating in large firework displays. During the festa, a statue of the patron saint of the village will be carried through the streets to the sound of cheering crowds. Festas are held in the summer months and all are welcome.They are big attractions for visitors wanting to experience a taste of Maltese culture. The festa of St Paul’s Bay (known as the feast of Our Lady of Sorrows) is held on the last Sunday in July but activities & events actually start on the previous Monday & run all week. (see local events)

Buses serve the area well to all main destinations in Malta & the terminus in Qawra is not far away either.(see bus terminus location here)

Visitors can find all of the following & more in St Paul’s Bay:

TO SEARCH FOR ANYTHING AT ALL IN ST PAUL’S BAY,
CLICK ON OUR SEARCH HERE